The technological revolution in the solid-state switching relay

The technology has evolved from simple magnetic actuator coil capacitive isolation, the relay continues to be an essential component within the arena of automation.

the modern relay as we know it was born in the 60s and its main function is to provide the automation with electrical insulation. All relays are equipped with two separate circuits: input and output. The main purpose of a relay is to control a voltage and a load current sometimes dangerous employing a small signal at the input side.

The relay is used in an infinite number of applications in almost all fields of electronics. They come in many shapes and sizes, but they are generally divided into two main categories: electromechanical relays and solid. 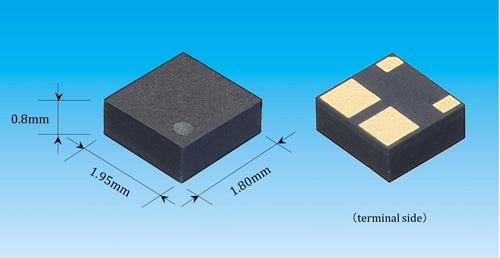 1. Here's an example of an ultra-small solid-state relays.

Electromechanical relays are divided into subcategories based on the load characteristics.

Developed later than electromechanical, the solid-state relays are classified according to their output chip. These consist of Phototriac (for ac output), fototransistori (for DC output) and relay MOSFET (for ac output and / o DC).

With no moving parts, The solid state relays are not subject to typical mechanical failure of the traditional relay, for example, absence of contact welding or permanent. They also tend to offer more advantageous features and design benefits, such as low energy consumption, stable resistance during the life, the long-term, the small size, the high speed switching, resistance to shock and vibration and the elimination of mechanical noise. When comparing the benefits of the SSR technology performance (Solid-State-Relay), We realize quickly that these devices have different characteristics.

These SSR with MOSFET output can also control small analog signals without distortion. 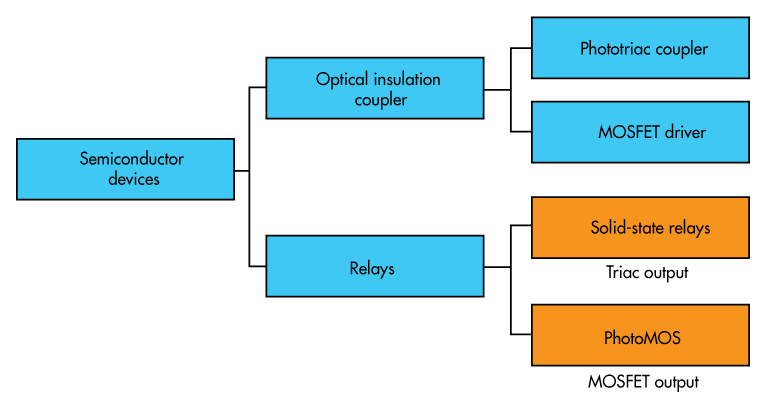 Those that use triac output or bipolar transistors have offset voltages that distort and mark signals. This feature is very important for equipment and precise measurement devices. A number of manufacturers offer SSR using two integrated complementary MOSFET, which allows him to control both polarities ac.

The relays MOSFET They are typically constituted by an LED and a camera that is printed in a translucent resin, that allows to pass the light while providing a dielectric barrier between the inlet and the outlet. 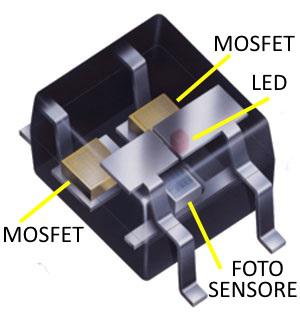 To turn on the relay, a current is applied to the LED on the input side, which will light. The light is then absorbed by the photoelectric effect that converts light into electrical energy, similar to a solar cell. This electrical current then passes through a control circuit and charging the gates of the two MOSFETs on the output side. When the gate voltage of the two MOSFET reaches the set threshold, MOSFETs begin to lead, allowing the load to pass through the terminals. Once the LED turned off, the control circuit download the gate quickly, forcing the MOSFET to stop conducting and off the load.

Starting this technology, a further step forward is a high capacitive coupling relay, as the CC TSON Panasonic , which employs a different control method from the LED relay MOSFET. In this device, the input LED has been replaced by an oscillator capacitive coupling. This allows the relay to be driven in voltage rather than current.

When a DC voltage is applied to the input terminals, oscillantore the circuit is powered by producing an alternating signal at its outputs. This signal passes through the capacitors that provide isolation between input and output.

subsequently, the signal is converted into a DC voltage by a rectifier circuit. A control circuit takes this rectified dc signal and loads the gate of the MOSFET on the output side. Once the gate voltage of the MOSFET driver IC provided by the voltage reaches a preset value, MOSFETs begin to conduct and light up the load. 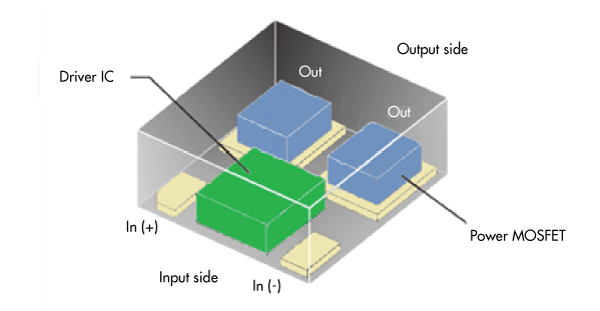 Removing the LED toward the front, It removes some of the previously recognized by design limits MOSFET relay, in particular, LED takes up a lot of space. Without it, the mounting area is approximately 46% smaller than the previous package type SON, making the relay one of the smallest in the industry.

Furthermore, since the control circuit is driven by voltage, there is no need of a limiting resistor of the current on the input side, it has an extremely low current consumption.

the implementation needs input currents 0,2 me of the name, which it is considerably lower than the LED current of the previous MOSFET relay.

The PhotoMOS has constantly reduced in size over the years.

But they are not all rosy , there are some limitations. A constraint is that the isolation between input and output is at the maximum of 200 V. Because the size of the internal MOSFET is very small, the relay is still limited to load voltages 30 e 40 V (ac or dc-to-peak) and load current 300 O 750 mA, depending on model.

The advantages of CC TSON

These may include, but they are certainly not the only, automatic test equipment, Safety equipment and telecommunications. Applications such as probes and board tester require a high density mounting. The small size of this type of relay allows to push the limits of how many probes can be added to a single test card.

For security devices such as cameras with battery, fire alarms, smoke detectors and portable radios, it is extremely important to extend the battery life. The low power required for the operation of the capacitive-coupled relays can be very attractive in these applications.

Nei moduli I / Or to the safety PLC devices, the ability to withstand high temperature industrial and small size can be crucial. Then, when you want the functional isolation for the analog-to-digital conversion, CC TSON is a soluzione.Inoltre, the low current consumption by 0,2 mA allows to directly actuate the switch by the microcontroller without the assistance of a transistor amplifier circuit.

As long as the circuit design has the need to automate the switching with electrical isolation, the relay will continue to remain integral components. The evolution of the relay is passed by the use of a magnetic coil actuators, LEDs used to drive triac or MOSFETS, the recent development of capacitive isolation.

Due to the wide range of benefits and limitations of each type, none of these technologies will be obsolete in the near future. The direct control voltage to 3V or 5V make it practically universal and demonstration is the continuous growth in demand for this new product.