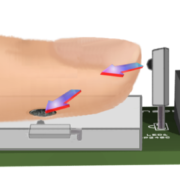 Optical sensor for the detection of arrhythmias
1 reply