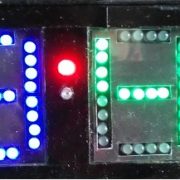 A wire for a watch